Join us for daily breakfast or use our kitchen to suit your schedule.

The Wine Route boast some spectacular wedding venues, while the nightlife on Bellville’s Edward Street is a suburban answer to the central City’s Long Street. Golfers can enjoy the serene beauty of the Kuils River Golf course, a mere 5km away. For those who would like to test Lady Luck, Grand West Casino and Entertainment World, a mere 18km away, takes centre stage as the Mother City’s premier entertainment extravaganza.

Where to find our guesthouse in Kuils River?

Nestled at the foot of the Bottelary Hills, Kuils River is considered to be the gateway to the Stellenbosch and Bottelary wine routes. Despite its rural nature, this tranquil area is a suburb of Cape Town and forms part of the Oostenberg. Dekeurboom is situated in a leafy, quiet, safe suburb and its not unusual to see people going for a stroll or children playing outside in the evenings. Do not leave without paying a visit to the nearby Zevenwacht and Hazendal Wine Estates for wine tasting or a visit to their restaurants and tea gardens.

Take a peek inside and see why hundreds return every year.

De Keurboom Guesthouse is accredited by the Tourist Grading Council of South Africa and has a 3-star grading. Each self-catering unit consists of a master bedroom with en-suite bathroom, digital safe and plenty of cupboard space. Crisp white linen and down duvets ensure a pleasant night’s sleep. Two twin-bedded rooms share the second bathroom, and the open-plan living area with indoor barbeque and adjoining patio area with shaded pergola and wooden patio furniture provides an excellent entertainment area. The lounge has a wall mounted panel heater, and oil heaters are available for the bedrooms. Fans are available for the lounge and bedrooms, as well as hair dryers. The fully equipped kitchen has a fridge, freezer, microwave oven, stove, iron and ironing board. The lounge has ample seating as well as DSTV. A lock-up garage for one motor vehicle is available for each unit.   Each self catering unit is equipped with a lock-up safe, wall mounted heater, DStv, fans and a small in-house library. Airport transfers available by prior arrangement. Breakfast and supper on request. We also offer a Laundry service. Credit cards accepted (Visa & Master).

You will find us on :

Garage and behind locked gate

Available by prior arrangement

Would you like even more info?
Read our reviews and awards

* Dear Guests, due to National Treasury’s announced of an increase in VAT from 14% to 15% effective 1 April 2018, our VAT rates will be impacted accordingly. 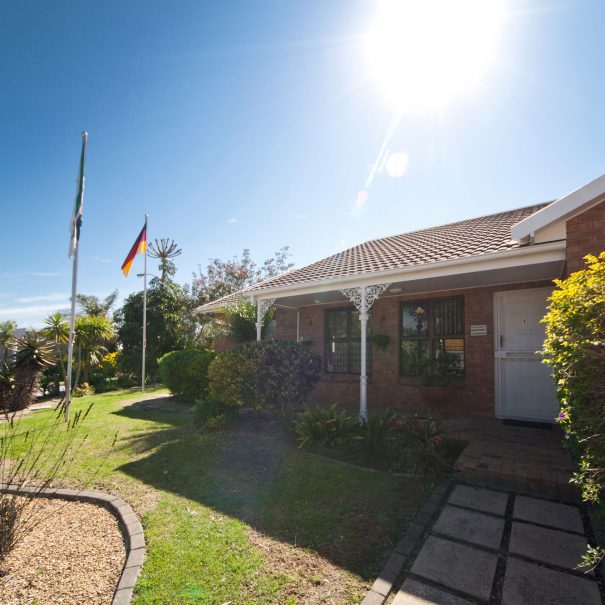 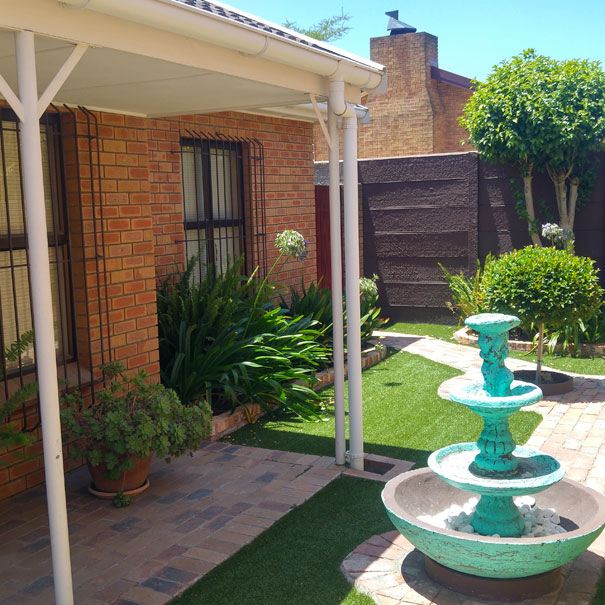 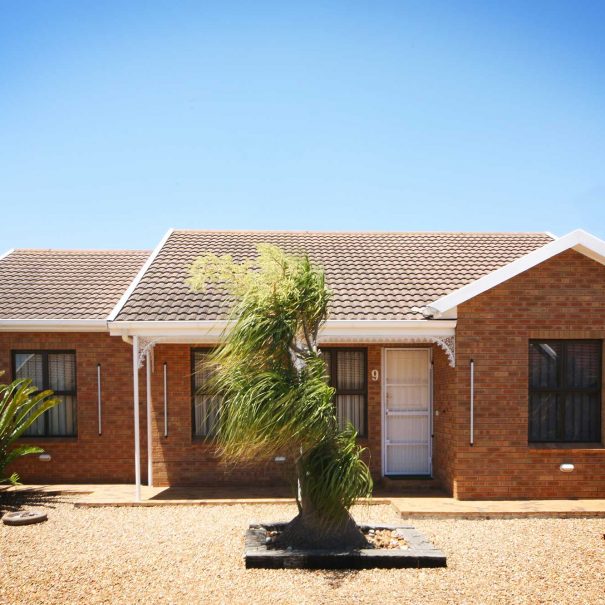